What Is Emotional Intelligence? – Emotional intelligence is the ability to identify and manage your own emotions and the emotions of others. It is generally said to include 3 skills:

1. Emotional awareness, including the ability to identify your own emotions and those of others;

2. The ability to harness emotions and apply them to tasks like thinking and problems solving;

The UC Davis Executive Leadership Program is a transformative, interactive seminar series that will expand your ability to confidently guide and direct your organization. Gain practical techniques, effective strategies and essential personal insight to become a passionate, inspiring leader. In this video, instructor Mitchel Adler, Psy.D., CGP, discusses emotional intelligence and how good leaders use it to their advantage.

A Return To Love

Our deepest fear is not that we are inadequate. Our deepest fear is that we are powerful beyond measure. It is our light, not our darkness, that most frightens us. Your playing small does not serve the world. There is nothing enlightened about shrinking so that other people won’t feel insecure around you. We are all meant to shine as children do. It’s not just in some of us; it is in everyone. And as we let our own lights shine, we unconsciously give other people permission to do the same. As we are liberated from our own fear, our presence automatically liberates others. – Marianne Williamson -Author, Lecturer

Oprah’s Favorite Passage from A Return to Love – In 1992, Marianne Williamson, author of A Return to Love, wrote that “our deepest fear is not that we are inadequate—it’s that we are powerful beyond measure”. It is a passage that remains one of Oprah’s favorites 20 years later. Watch as Marianne explains why we fear our light more than our darkness and how everyone has a built-in platform to connect with others. Plus, discover the difference between magic and miracles. Book notes.

The Will to Meaning: Viktor Frankl

Frankl believed that “love is the ultimate and highest goal to which man can aspire” (Frankl 38). But what allowed him to hold onto this believe so fervently amidst the moral deformity of the Holocaust? In Man’s Search for Meaning, Frankl’s autobiographical testament of his time in Auschwitz, he offers this explanation: “Those who know how close the connection is between the state of mind of a man­, ­his courage and hope, or lack of them­ ­and the state of immunity of his body will understand that sudden loss of hope and courage can have a deadly effect” (75). To illustrate his point Frankl details for us his theory on the record high death rate in Auschwitz during Christmas 1944 to New Years 1945: that prisoners died because they had expected to be home before Christmas. When they realized this was not to be they completely lost hope in life beyond the concentration camp. 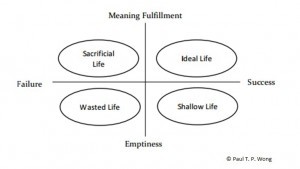 At times some of us have a tendency to associate the term “self-love” with narcissism; self-centeredness, or being egotistical, which leaves us with a bit of a conundrum. We don’t want to be thought of as a narcissist, and we have grown up being told not to be self-centered. This, then, raises the question, how can I love myself without being narcissistic?

In his interview, Psycho-Spiritual Scientist & Empowerment Specialist Ashraf Moorad uses the term “self-appreciation” as a window through which to view oneself.

Self-Love & Self Appreciation : The Key to The Spiritual Dimension

Frank Giudici workshop, Love Yourself Into Wholeness is posted on the TruthUnity website developed by Mark Hicks.