Between Darkness and Joy 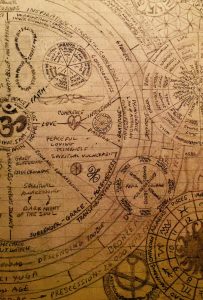 “Somewhere between the dark night and joy lies a place of simple peaceful loving kindness. A place where I rest and lean safely against myself for awhile; a place where I can be in the silence and hold a sacred space for myself; a place where I know and embrace the full spectrum of vulnerability without judging myself; a place where courage and compassion are not actions, but simply states of being; where self-forgiveness gives way to hope and self love.. an awakening. Here, I lift myself up and know again for the first time what is in my heart… my intentions… and my passions… And from this place I embrace my powers and manifest all that is mine to hold and all that is mine to share…” – c.Boykin 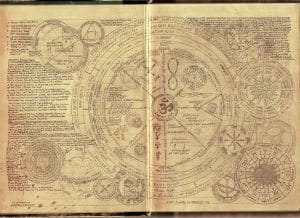 “…Grace shows up in the portal of not knowing. When the heart is clenched tight, whether in anger or certitude, in fear or in grief, grace coaxes the fist open, looks into the palm and reads there a lifeline of a larger possibility. Grace is an open hand, extended to the stranger, to the loved one, to the wounded one within. It is the open hand of relationship, of kindness, of blessing.” – Karen Hering

Article published by: By Karen Hering – 2011

Few words have stirred as much theological debate and division over the centuries while still arriving in the current millennium as untarnished, as frequently and comfortably spoken and as difficult to define.

Depending on who you ask and when, grace might be equated with salvation or with sacraments, with the presence of God, or with beauty or life itself. Grace is resilience. Grace is forgiveness. It is sin’s opposite. It is healing. It is revelation, the oneness of all being. It is enlightenment. It is light. It comes before faith. It comes after faith. Some say it is faith.

Mostly, it seems, what we know about grace is that it’s largely a matter of not knowing.

One of my favorite confessions of Augustine’s is about grace. “What is grace?” he asked, right away admitting in a nearly palindromic puzzle, “I know until you ask me; when you ask me, I do not know.” I concur. When I woke up this morning I knew exactly what to write about grace. It’s when I got out of bed and put my fingers to the keyboard that things got a little difficult.

Perhaps this is as it should be. Grace, after all, begins with beyond. Grace shows up in the portal of not knowing. When the heart is clenched tight, whether in anger or certitude, in fear or in grief, grace coaxes the fist open, looks into the palm and reads there a lifeline of a larger possibility.

Grace is an open hand, extended to the stranger, to the loved one, to the wounded one within. It is the open hand of relationship, of kindness, of blessing.

Grace moves. Grace heals. Grace dances. Grace is the sigh we release on the last note of a song or when the end of the poem becomes clear.

When a room is closed and stuffy, it is grace that opens the window and grace that then blows in.

“Grace fills empty spaces,” wrote Simone Weil in her journal. “But it can only enter where there is a void to receive it, and it is grace itself which makes this void.”

Grace can knock us off our feet when we stand on the shore looking out. Then it’s grace that catches us before we are washed out to sea.

Grace is given, and grace is received. It cannot be stolen, even by the best of thieves.

Grace is an opening. Just when we think we know exactly what’s going on, who we are, who everyone else is and what can and cannot happen next, grace draws back the bolt of our knowing, flings wide a new view.

Grace is the guest of humility. Rumi said it plainly but not unkindly:

You are so weak. Give up to grace. The ocean takes care of each wave till it gets to shore.
You need more help than you know.

Grace never comes to the fully self- sufficient. But then, which of us really are? Grace comes to each of us in turn and to all of us unmerited.

Grace points to the possibility of more. At the end of the sentence, at the bottom of the page, in the heart held wide open, there is always more.

“Spill my tears into this sacred space,
and with a sip of compassion,
I taste the salt of grace.”
c.boykin-2013

Aristotle laid out the philosophical foundation of friendship as the art of holding up a mirror to each other’s souls. Two millennia later, Emerson contemplated its two pillars of truth and tenderness. Another century later, C.S. Lewis wrote: “Friendship is unnecessary, like philosophy, like art, like the universe itself… It has no survival value; rather it is one of those things which give value to survival.”

In the Celtic tradition, there is a beautiful understanding of love and friendship. One of the fascinating ideas here is the idea of soul-love; the old Gaelic term for this is anam cara. Anam is the Gaelic word for soul and cara is the word for friend. So anam cara in the Celtic world was the “soul friend.” In the early Celtic church, a person who acted as a teacher, companion, or spiritual guide was called an anam cara. It originally referred to someone to whom you confessed, revealing the hidden intimacies of your life. With the anam cara you could share your inner-most self, your mind and your heart. This friendship was an act of recognition and belonging. When you had an anam cara, your friendship cut across all convention, morality, and category. You were joined in an ancient and eternal way with the “friend of your soul.” The Celtic understanding did not set limitations of space or time on the soul. There is no cage for the soul. The soul is a divine light that flows into you and into your Other. This art of belonging awakened and fostered a deep and special companionship. John O’Donohue

Anam Cara: A Book of Celtic Wisdom offers an exploration of the secret universe we all carry inside us, the connections we forge with the worlds of our friends and loved ones, and the products of our worlds reflected in the things we create outside of ourselves. Anam Cara, Gaelic for “soul friend,” is an ancient journey down a nearly forgotten path of wisdom into what it means to be human. Drawing on this age-old perspective, John O’Donohue helps us to see ourselves as the Celts did: we’re more than just flesh, blood, and bone; we comprise individual worlds. The comprehension of the sublime architecture of the worlds we are born with will engender a new appreciation for the outside world and the way we contribute to its evolution.

“Celtic spiritualism. Living Anam Cara is exciting, fulfilling and a bit tense at times…. for our culture does not promote the true experience of kinship, even among mixed gender relationships, which Anam Cara brings forth. I’ve defied social conventions before and will probably do so until the last breath escapes my lungs. Choosing to live Anam Cara is not a decision I regret. Knowing I’m supported by others in that quest is very affirming.” – Gary Carlile

“A friend … awakens your life in order to free the wild possibilities within you.”

Note: The months are links to details about each power.
UNITY Twelve Powers Affirmations from Clive deLaporte
The Twelve Powers of Man – Charles Fillmore – Download the book in PDF
Complete Audio Book:
Become a Patron!