Spiritual Journey As The Self – Alan Watts 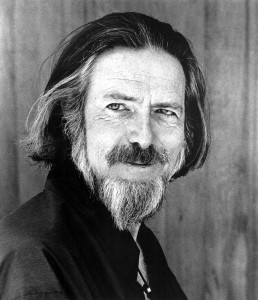 Excerpt from audio below: “Central to Hindu philosophy is the concept of the Self. This word in Sanskrit is ‘Atman.’ In essence, this is the totality of all being.

While conceptions of the self vary throughout eastern philosophy, including the different views shown in Buddhism and Advaita Vedanta, Atman in Yoga of Patanjali repreents directly to the connection between the human world (a microcosm) and cosmic reality (macrocosm). Here, the two are inextricably connected , in what’s known as a monistic view of reality – the microcosm is fundamental to the macrocosm, and they are one.

It’s this understanding that serves as a basis for much of Indian thought. Atman – the plane of reality that serves as the common ground of the universe – teaches us that our beings are fundamentally connected. Indian thought derives principles from this, such as ahimsa, and by understanding it ourselves, we can find ideas that encourage fostering a more positive, happier life.

While you may first think of the “self” you identify with – that unique being that is fundamentally you – Atman is used in the most inclusive sense possible. It includes not only the self that is you, but also the self that exists, and makes up the entirety of the universe.” – Alan Watts

Alan Wilson Watts (6 January 1915 – 16 November 1973) was a British-born philosopher, writer, and speaker, best known as an interpreter and populariser of Eastern philosophy for a Western audience.