Believe it or not, Servant Leadership is a concept that is as old as time, and is one often misunderstood and thought of as an oxymoron in a parochial sense. The term “servant” is generally defined as a person who performs duties for others, especially a person employed in a house on domestic duties or as a personal attendant. Whereas, when we traditionally think about leadership we might think of the man leading his men over the wall in the midst of battle; Audie Murphy, John Wayne, Chesty Puller(for the Marines reading this), etc… As well we are inspired by great men such as Gandhi, Mandela and Lincoln.

So how is it that these two terms find themselves combined and what does it mean to me? First, to draw on my time in the Marine Corps, ingrained in us from they first day is, “take care of your men.” How we take care of our men varies in many ways. Sometimes it comes in the form of annealing them for battle, going through ordeals of personal survival and hardship; or instilling the sense of duty and honor where men embrace the Bible verse, “Greater love hath no man than this, that a man lay down his life for his friend.”

In other ways we see examples where the leader sees that his men are fed first, have the best supply chain of food and equipment, and is the one who places himself in harms way before exposing his men to danger. We see him exercising love and compassion for another human being, and knows and exercises the essence of the Golden Rule. It is in these ways that we recognize the traits of a servant leader; a man who serves his men so they can be, or become, the best they can become so that when on the front lines, whether in business or battle, they are ready, willing and able to accomplish the mission at hand. 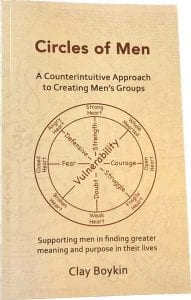