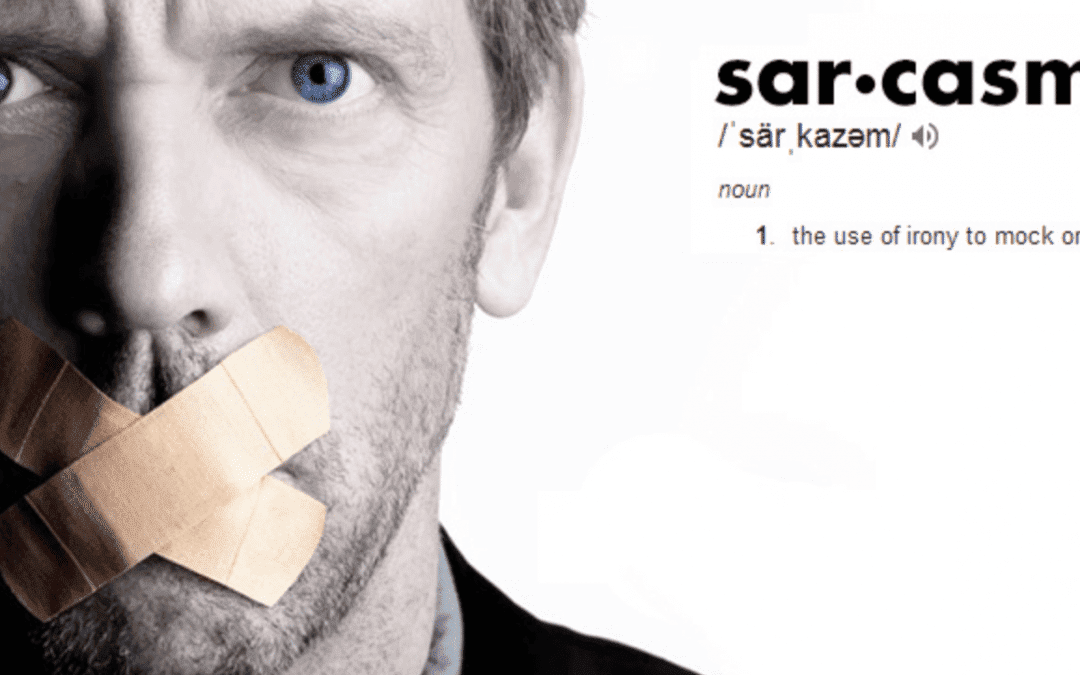 Sarcasm: The use of irony to mock or convey contempt…  Anyone who has suffered from the sarcastic remarks of others will not be too surprised to learn that sarcasm, “a cutting remark,” comes from a Greek verb, sarkazein, that literally means “to tear flesh like a dog.” Very early, though, this Greek verb came to mean “to bite one’s lip in rage,” and “to gnash one’s teeth,” and finally “to sneer.”

The Greek noun sarkasmos, from which the English sarcasm comes, meant “a sneering or hurtful remark.” But even today sarcasm is often described as sharp, cutting, or wounding, recalling in a faint way the original meaning of the Greek verb.

So, why are we sarcastic at times?

Some interesting video clips worth considering: