On the Search w/guest Edafe Okporo 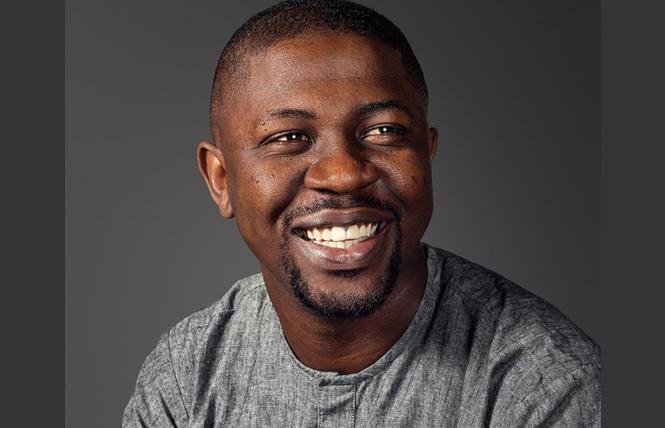 Edafe Okporo arrived to the United States from Nigeria in 2016 seeking asylum due to persecution he faced in his native country for being gay. Okporo is now using his own personal experience to help guide other LGBTQ asylum-seeking refugees at a shelter in Harlem. In my search I would have to say that Edafe is an example of a New Compassionate Male.

My life, as you will read, has taken me from one place to another. Bed Number 26 is the story of how I fought my way out of constant persecution and reclaimed my freedom. It is my hope that by sharing my experience and my pain, you will begin to understand why people are forced to immigrate. This is a revealing memoir and empowering manifesto, with contributions from other asylees, refugees, and Nigerians. Nong Richie was born in one country and came of age in another more visible placeNigeria. In a strange world where he was continually persecuted, living soon became a personal nightmare of constant mob attacks and deaths of his friends to HIV. Nong escaped into the world of his mind from the expository details of the war he suffered as a child and high-profile attacks against gay Nigerians. Every detail of his personal life became public, and the realities of an inherently unlawful society emerged with every script of this book. The detention center packaged his trauma as a bombshell, hijacking his image and identity and making profit from every night he spent in it. Bed Number 26 is his raw, honest, and poignant accounta no-holds-barred, pull-no-punches account for the persecution of him and his community. He was a fearless activist and an unstoppable force for change who was determined to expose the truth. The target demographics of this book are clients of Immigration Equality, immigrants, refugees, asylum seekers, attorneys representing Immigration Equality, clients and volunteers of First Friends, Eat Offbeat clients, and the network of mine from the United Nations department of NGOs.