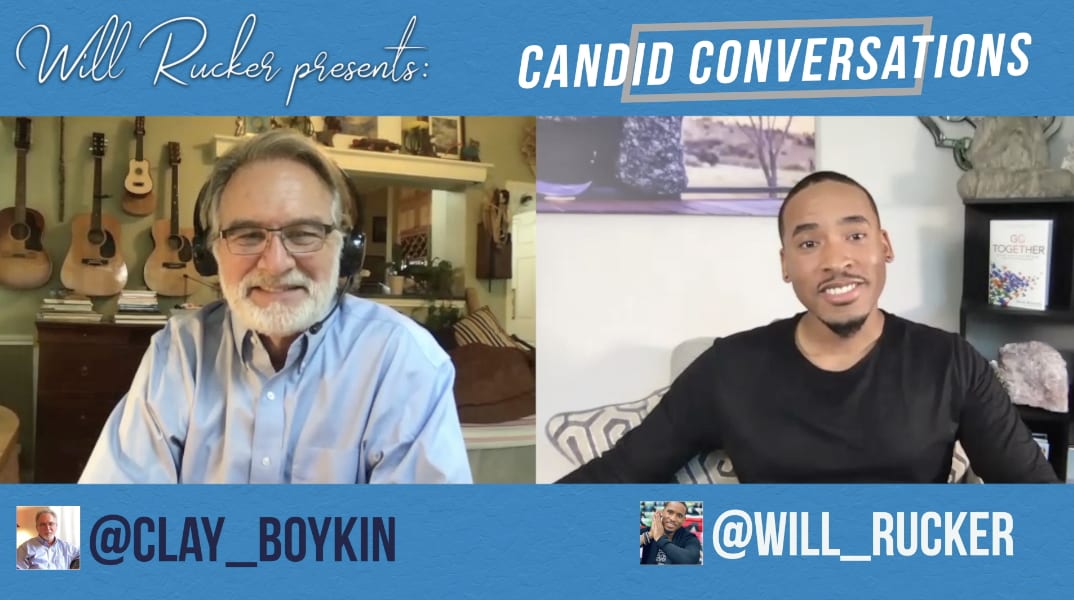 Clay Boykin is In Search of the New Compassionate Male. Since the fall of 2018, Clay has been on a quest to connect with men all over the world in the belief that a New Compassionate Male is emerging as the new archetype; and this quest has taken him across the U.S., Canada and into Africa.

Clay founded the Men’s Fellowship Network in 2012 which has grown into a global constellation of men and women. Clay’s podcast, In Search of the New Compassionate Male, has recently been ranked #4 out of over 300 podcasts related to men and men’s health.

Clay has over forty-years’ experience as a change agent transforming cultures within organizations. He is a former officer in the United States Marine Corps and, throughout his career, has been described as a servant leader.

In 2007, at age 53, a mystical experience and heart attack led Clay to leave the business world and begin pursuing his spiritual path towards inner healing.

Clay is the author of the book, Circles of Men: A Counter-Intuitive Approach to Creating Men’s Groups, published in August 2018. In addition to founding the Circles of Men Project, Clay is developing the global Men & Boys Initiative for Charter for Compassion. As well, Clay is working with International Peace Initiatives-Kenya and United Religions Initiative (URI) to bring his counter-intuitive approach to men’s circle-work to Kenya, Malawi, Rwanda, Uganda and elsewhere along the Nile River Basin.

He is also in close collaboration with Gender Equity & Reconciliation International in the area of deep healing between women and men which addresses many of the issues raised as a result of the #MeToo Movement.

Clay is an international speaker and conducts workshops on the topic of The New Compassionate Male, which is the subject of his next book. As well, he is a strategy consultant for organizations and mentors individuals applying a uniquely counterintuitive approach to finding clarity, direction and purpose.