Autobiography of a Yogi

Autobiography of a Yogi is one of the world’s most acclaimed spiritual classics. Recently released into the public domain, the complete audiobook is posted below.

As the life story of Paramahansa Yogananda — who is often referred to as the Father of Yoga in the West — this book has touched the hearts and minds of millions around the globe. Translated into forty-five languages, it has served as an ambassador for India’s ancient science of Yoga, introducing countless readers to the methods for attaining God-realization that are India’s unique and lasting contribution to world civilization.

Hailed as a masterpiece from its first appearance in print in 1946, the book was honored in 1999 as one of “100 Best Spiritual Books of the Century.” Today, this story of a life of unmistakable greatness continues its success in opening to the public a realm of liberating spiritual knowledge previously accessible only to a few. 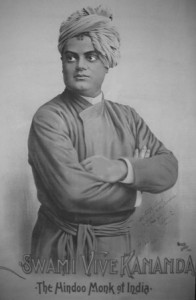