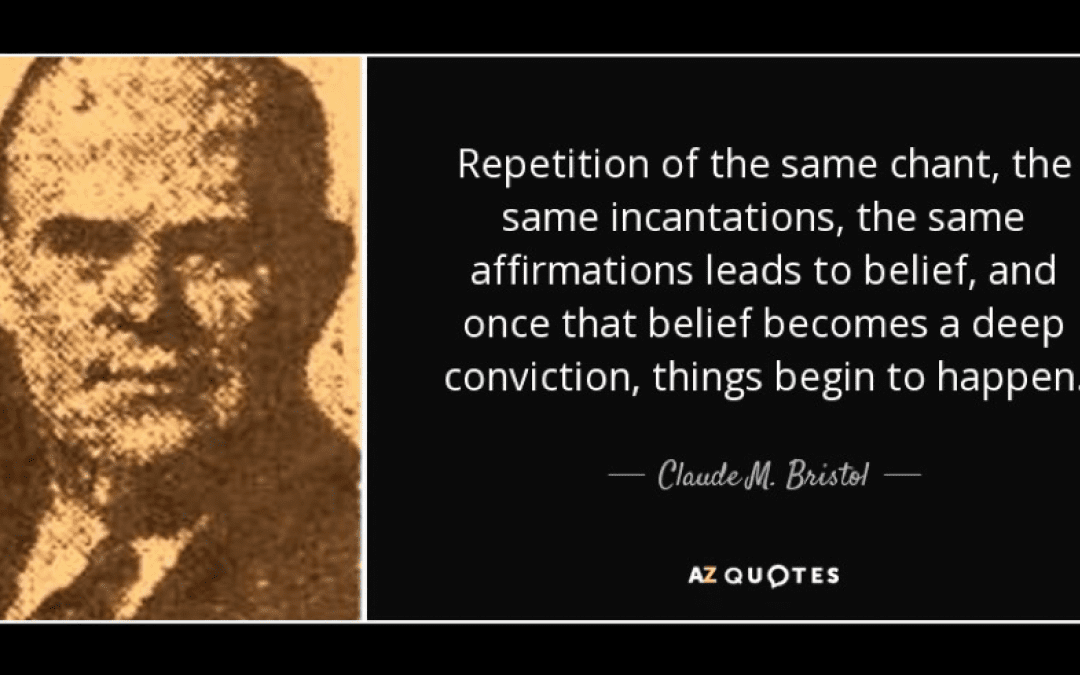 Claude Bristol is a name not often heard these days, yet his message on the power of believing is timeless and draws on the teachings of Buddha, Jesus, Phineas P. Quimby, Mary Baker Eddy, Ralph Waldo Emerson, and others.

For a two year period, I was church editor of a large metropolitan newspaper, during which I came in close contact with clergymen and leaders of all sects and denominations, mind-healers, divine healers, Spiritualists, Christian Scientists, New Thoughters, Unity leaders, sun and idol worshipers – and, yes, even a few infidels and pagans…

I have read literally thousands of books on modern psychology, metaphysics, ancient magic, Voodoo, Yoga, Theosophy, Christian Science, Unity, Truth, New Thought, Coueism, and many others dealing with what I call “Mind Stuff,” as well as the philosophies and teachings of great masters of the past.

Much has been written and said about mystical powers, unknown forces, the occult, metaphysics (beyond science), mental physics, psychology (the science of mind), black and white magic, and many kindred subjects, causing most people to believe that they are in the field of the supernatural. Perhaps they are for some. But to me, the only inexplicable thing about these powers is that belief makes them work…

Claude Bristol was a hard-headed journalist for several years, including stints as a police reporter and as church editor of a large city newspaper. In this post, he met people from every denomination and sect and later read hundreds of books on psychology, religion, science, metaphysics and ancient magic. Gradually, Bristol began to see the ‘golden thread’ which runs through all religions and esoteric teachings: that belief itself has amazing powers.

Having spent years thinking about the power of thought, he had assumed others knew something about it too. He was wrong. Strangely, he found that most people go through life without realizing the effect that strong belief can have on reaching their goals – they leave their desires vague and so they get vague outcomes… (continued)

The Magic of Believing – Complete book in PDF

More on Claude Bristol  – The Magic of Believing was written, he says, for ex-servicemen and women who would have to adjust to civilian life and try to prosper in it. It was published when he was in his 50’s and followed the success of a small book he published in 1932 entitled T.N.T. – It Rocks the Earth… (continued)

“It is paradoxical, yet true, to say, that the more we know, the more ignorant we become in the absolute sense, for it is only through enlightenment that we become conscious of our limitations. Precisely one of the most gratifying results of intellectual evolution is the continuous opening up of new and greater prospects.” – Nikola Tesla.