Mandalas take on countless sizes, shapes and forms and are a tool for gaining perspective, expanding thought and relaxing the mind. This excerpt from The Power of Myth by Joseph Campbell provides an excellent description of how a mandala works.

Excerpt from the Power of Myth:

CAMPBELL: “Mandala” is the Sanskrit word for “circle,” but a circle that is coordinated or symbolically designed so that it has the meaning of a cosmic order. When composing mandalas, you are trying to coordinate your personal circle with the universal circle. In a very elaborate Buddhist mandala, for example, you have the deity in the center as the power source, the illumination source. The peripheral images would be manifestations or aspects of the deity’s radiance.
In working out a mandala for yourself, you draw a circle and then think of the different impulse systems and value systems in your life. Then you compose them and try to find out where your center is. Making a mandala is a discipline for pulling all those scattered aspects of your life together, for finding a center and ordering yourself to it. You try to coordinate your circle with the universal circle.
MOYERS: To be at the center?
CAMPBELL: At the center, yes….

My personal mandala has been evolving over the past few years. It is the place I can go at any time to pause and reflect, to pray, to meditate, or just sit in quiet contemplation in an empty space between the lines for a while. – Clay Boykin 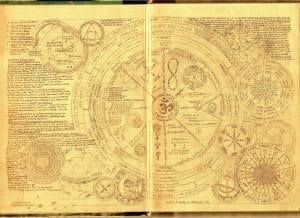 Authenticity is a technical term used in psychology as well as existentialist philosophy and aesthetics. In existentialism, authenticity is the degree to which one is true to one’s own personality, spirit, or character, despite external pressures; the conscious self is seen as coming to terms with being in a material world and with encountering external forces, pressures and influences which are very different from, and other than, itself. A lack of authenticity is considered in existentialism to be bad faith.

“Authenticity has become the gold standard for leadership. But a simplistic understanding of what it means can hinder your growth and limit your impact.” – The Authenticity Paradox – Harvard Business Review

Five Ways To Realize Your Authentic Self 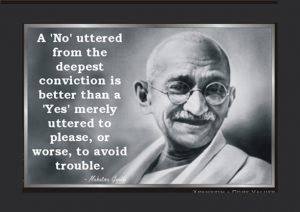 Perhaps this is a time to go within; reflect and remind ourselves of who we are, what our role is in the world and to hold ourselves to a higher purpose.

Some time back, Don Frick, the official biographer of the late Robert Greenleaf referred to the men in the Men’s Fellowship Network as Spirit Carriers:

“In my view of the world there are people whom I would call ‘Spirit Carriers’.  Servants who nurture the human spirit are Spirit Carriers. They serve to connect those who do the work of the world, or who are being prepared for that role, with vision from both past and contemporary prophets. Those servants find the resources and make the intensive effort to be an effective influence. They don’t just make speeches or write books as the prophet does. They are Spirit Carriers; they connect the prophecy with the people so that it changes their lives. The spirit is power, but only when the Spirit Carrier, the servant as nurturer of the human spirit, is a powerful and not a casual force.” – Robert Greenleaf 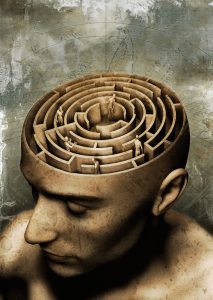 “Love is the only way to grasp another human being in the innermost core of his personality. No one can become fully aware of the very essence of another human being unless he loves him. By his love he is enabled to see the essential traits and features in the beloved person; and even more, he sees that which is potential in him, which is not yet actualized but yet ought to be actualized. Furthermore, by his love, the loving person enables the beloved person to actualize these potentialities. By making him aware of what he can be and of what he should become, he makes these potentialities come true.”
― Viktor E. Frankl, Man’s Search for Meaning

Lessons You Can Use From the Life of Robert K. Greenleaf – Don M. Frick, Ph.D. Presented at the International Conference on Servant Leadership Indianapolis, June 12, 2013

Thich Nhat Hanh – Mindfulness as a Foundation for Health

Vietnamese Buddhist monk Thich Nhat Hanh (known as Thay in his circles) made a rare visit to the Googleplex to lead a half-day [email protected] workshop in the fundamentals of mindfulness. The exercises and rituals of mindfulness lay the path to optimal health and happiness. Thay may be the second most famous Buddhist monk in the world, right after the Dalai Lama. He is certainly one of the best known and most respected Zen Masters in the world. Thay is a best-selling author, poet, and peace activist who was nominated for the Nobel Peace Prize by Martin Luther King Jr. He is a key pioneer in actively applying insights from meditation to solving real-world social, political and environmental problems. Thay most recently published Savor: Mindful Eating, Mindful Life, with Harvard School of Public Health nutritionist Dr. Lilian Cheung. At 85, he’s touring North America before retiring to his monastery in France. Life at Google is fast, furious and fun, yet it can take a toll on ourselves and our loved ones. Through Thay’s specially crafted workshop, you’ll learn how to reduce stress, eat for health, sleep better, find emotional stability, improve concentration and sustain optimal performance. –Chade-Meng Tan